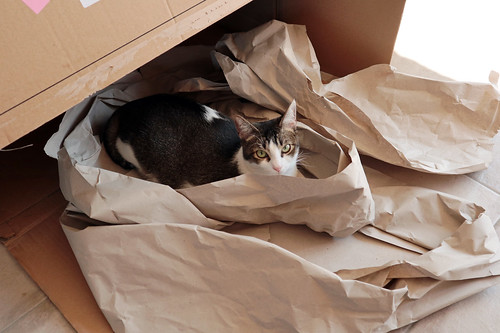 Just a wholesome post of my cats with a big box, and then a giant box.
That day was a good day for my box loving cats :).

It has dawned on me that I have completely forgotten to write a piece about when I went to Comic Con Brussels. Which was probably the last convention in Belgium that happened for the forseeable future. Bert and I went on Sunday (February 23). So yeah, here be convention pictures! :) 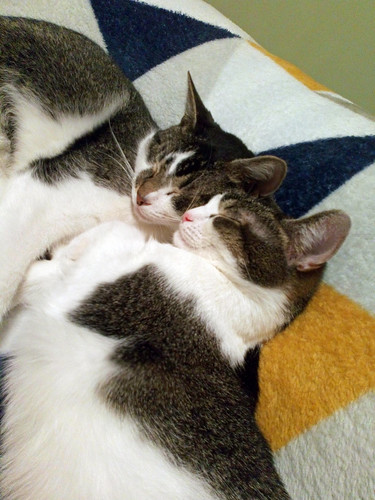 After yesterday's photo post featuring pretty much only Salem kitten (who is the master of making faces at the camera) here's another cat post!
Because the internet is made for cats and we can all do with some cat photos right about now.

The Adventures of Salem, Kiwi-chan and Joop Destroyer of Worlds #4: Salem and the faces he makes at the camera 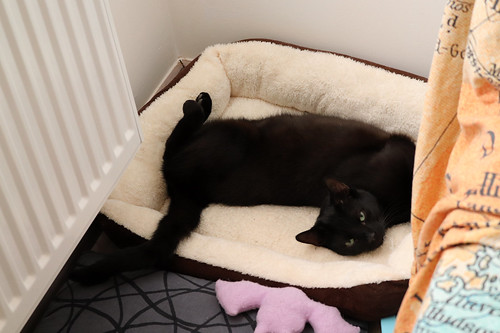 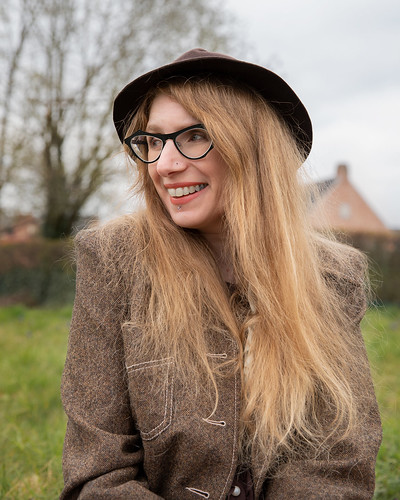 Belgium has started requesting social distancing rules end of February, and has been in lockdown since March 21st.
This post is basically my outfits from that time 'till well, today (April 20).
Because why not make a lookbook.

Voyage into the unknown or get recruited by the First Order 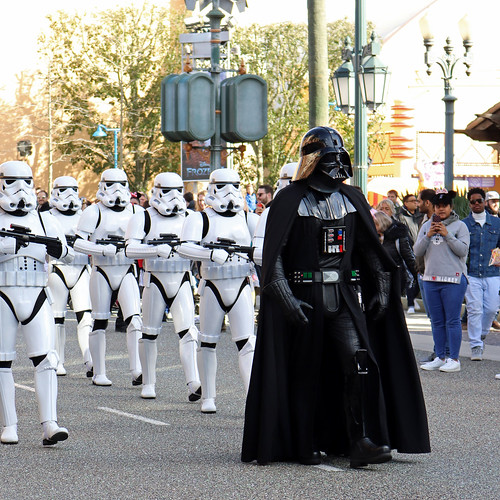 On Saturday, February the 15th, Bert and I got up at stupid o' clock (and just reading that should tell you exactly where we were going) to drive to Disneyland Paris for the day.

The adventures of Salem, Kiwi-chan and Joop Destroyer of Worlds #3: of boxes and flamingos 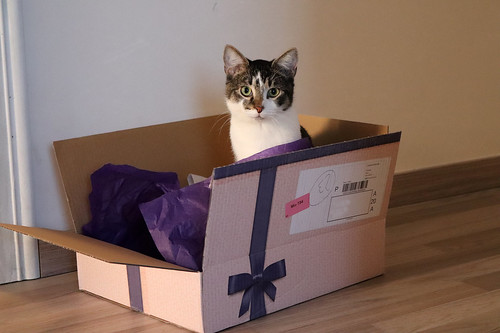 A little while ago Bert bought me a skirt on the Top Vintage website.
Said skirt came in a box, and in that box was pretty purple paper and a flamingo keychain. Essentially a puff of fake fur with a fake leather head and dangly legs. I'm not a flamingo kind of person, but both one of my neighbours and one of my friends is, so whilst I was debating who to give this to, to make sure it would go to someone that would fully appreciate it, Kiwi came up to me, begging for the flamingo. Obviously, this left me with no choice but to take the hardware off (that I did save!) and give it to her.
This was, of course, not taking Salem and Joop into account.
And madness followed.

The Adventures of Salem, Kiwi-chan and Joop Destroyer of Worlds #2 - Little Mikey 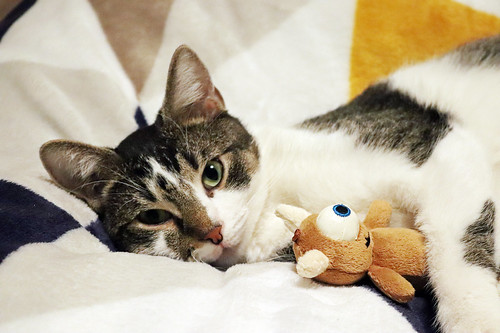 After more than a month since ship out date (because yes, it got stuck in customs and yes, it was a lot of misery to get it out and delivered. Luckily, I was not charged, huzzah!), our kind regular postie rang my doorbell to hand me a package from Japan full of Monsters Inc goodies. 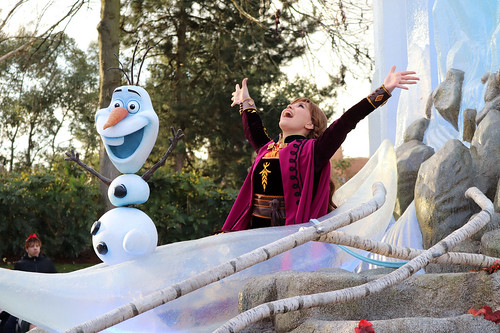 When I discovered that it would be the last year Legends of the Force was running at Disneyland Paris (no more Skywalker Saga movies to come out so no more Star Wars event?) I wanted to go an extra day to enjoy the event, at least just a little.
It runs paralel to Frozen Celebration, as as Bert is a huge frozen fan, I knew full well I wouldn't be having a full day of Star Wars, alas!
But anyway, I asked him if we could go down a Saturday to see Legends and Frozen stuff, and he was totally fine with that.

The Adventures of Salem, Kiwi chan and Joop Destroyer of Worlds #1: an introduction 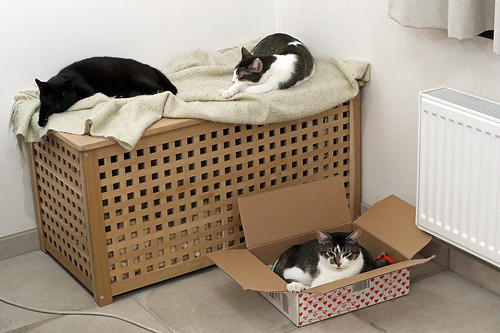 Some of you might know that last November, Bert and I suddenly had to have our sweet Loa cat put to sleep. Long story short, he was misdiagnosed by a local vet (I wish you could have vets loose their licence to practise like with people, I will NEVER take another pet there again though!) and sadly he couldn't be helped anymore.

The start of the Christmas season! 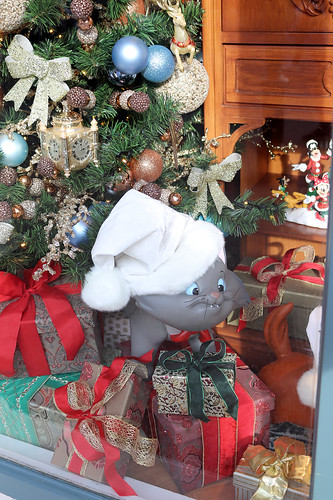 Halloween vs Christmas in Disneyland Paris 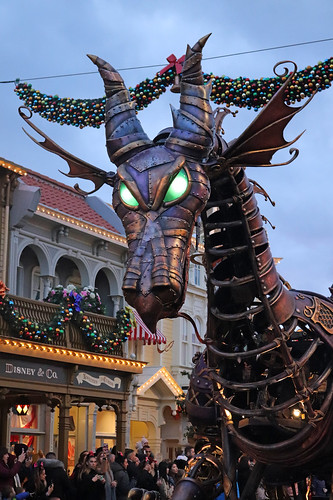 We had booked a cheap deal via Booking.com, so we got up at 4am (auch) on Friday, November 8, to drive to Disneyland Paris.

Most people that know me, are very much aware that I wasn't into the first Frozen movie. At all. I feel that it's mediocre at best, and grossly overrated. And "Let it Go" properly drove me INSANE with how much it was shoved down our throats (and still is).

But Bert is really into Frozen, Elsa is his second favourite Disney character (the first one being Rapunzel).
He even has a modest Frozen (mostly Elsa) collection, and is especially into pins, so if you've got any to trade, leave a comment :).
But yeah, I said that we should go see it on release day (Wednesday November 20th here in Belgium) because we had the time to be able to go to the cinema. As there is only a week (yeah, that's how long we can see it in its original language with subs, else it's Flemish dubs all the way, which I REFUSE to watch) and we didn't have time on class nights, nor on the weekend, I felt like it was a bit now or whenever it ends up on a streaming platform.
Now, to the actual review, because I'm pretty sure you're all sick and tired of me waffling randomly about the first Frozen and how we ended up in theater on release day.

I really enjoyed the sequel. Properly really enjoyed it.
Having seen Frozen just once, quite a long time ago, I didn't feel like you necessarily have had to see the original to understand the events in the second one.
I felt that they did a really good job building on the original story in a way that it's a continuation for the fans, but also an interesting story for people new to the franchise. It's no secret I'm a big fan of settings that you don't have to see (or read) in chronological order to understand the plot.

The music was pretty good, and reminded me of the Disney Renaissance era with movies like Beauty and the Beast. I don't think that the songs will be as memorable as those from the Ren era Disney movies, nor do I think they'll be as memorable as Let it Go (because that was, and still is, such a smash hit song), but the variety between genres (there was even a power ballad!) and different types of songs was very, very good. Plus, they really suited the moment in the movie.

I also liked that the story didn't shy away from taking on some darker, more mature themes, exploring some pretty difficult themes. I know this is pretty vague, but I am dead set on not giving out spoilers.

It's definitely a film that goes straight for all the feels.

The animation was bomb, the characters were well developped and they had really taken their original personalities and how they would have evolved into account. It's a well rounded, brilliantly made movie.
I will happily admit I did not expect to like it as much as I did.

And hey, with that ending, there could be more into the franchise. I'm not sure they should add more, but if they put as much thought and effort into the next one as into this one, I would not object to a Frozen III.

Basically, if you are into animated musicals, go give this a shot. Even if you weren't into the first one. I'm not saying you absolutely should see this on big screen, but if you can, why not.
Definitely Disney at it's best in my opinion.

Good luck to all the Disney cosplayers by the way, because I can see a lot of you going for the costumes from the movie, and they all look like a lot of hard work!

Disclaimer: Google is trying to fob off a lot of their GDPR responsability by pretending the responsability to safeguard privacy is with bloggers. I can assure you that I don't collect ANY data on my followers or people that read this blog what so ever, so when it comes to this blog, it's entirely on google. I will continue to post links to secondary sites, I have no stake in this other than to provide my readers with a handy link, so if you worry about your data when you enter those sites, you'll have to take it up with them. I hope that helps!

Posts from the past